His Path is Love 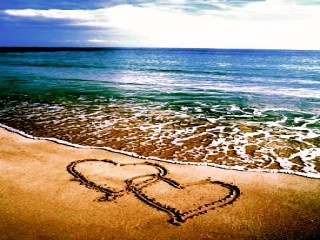 Psalm 25 is one cool piece of literature because there is much more there than meets the eye! How do I know? Because the footnote in my Bible tells me that in the original language in which this poem was written (Hebrew), the poem is an acrostic - meaning each verse begins with the successive letters of the Hebrew alphabet.

Our eleven-year-old son recently crafted something similar for his Dad - an acrostic not based on the alphabet but on the worth "Father", and he used qualities he sees in his Dad:


How sweet is that? I just had to share because it was so cute. Back to David's acrostic though, in this poem he's mainly asking God to teach him about His ways, to show him His paths. David wants to go where God goes and walk how God walks. Look at verses 4-5:


Make me to know your ways, O LORD, teach me your paths.
Lead me in your truth and teach me,
for you are the God of my salvation; for you I wait all the day long.

I think David must have started learning about God's paths after waiting "all the day long" because just a few verses later, in verse 10 he says:


All the paths of the LORD are steadfast love and faithfulness,
for those who keep his covenant and his testimonies.

Do you know what that means? It means that for those of us who are faithful to Him and following the paths He lays out for us, ALL our paths will always be saturated with God's love and faithfulness.  The image that brought to my mind is one our family sees often when we head to the Oregon Coast: hearts drawn in the sand, and maybe some initials or names: D & A Forever. I'm reminded that Jesus draws those hearts in the sand for us. He leaves little reminders along our path of his never-ending adoration of us.

I want to follow His path - His plan for my every day. Because I want to seek Him and know Him better, and the outfall of that will be that I get to experience His love and steadfastness always.

Posted by Audrey at 9:34 AM No comments: